Are you really Independent?

Today we are celebrating 73rd Independence Day. I know 99% of you will be celebrating the way I am going to describe. Wake up late in morning. Instantly check your social media handles and forward some patriotic messages. Updating your WhatsApp, Instagram and Facebook (some of the rarest one) updating DP, stories and status. And its done. Happy Independence Day! So that’s it? 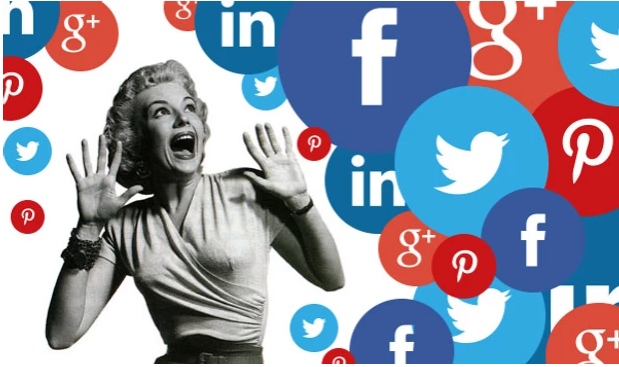 To be honest, I also followed the same pattern but from this year I am changing this and mostly all of us do this. But you can ask me what else can be done? Do you have any alternative? I have some alternatives but our lifestyle has been drastically changed and these all those seem useless. In my point of view, Independence is all about changing the vicious circle around you. If you are willing to survive in the predefined surroundings then its your fault. If you are not taking stand against the wrong its your fault. In this modern era, everybody has right to speak against the wrong but here is a catch, you need to have sense to use your power. Misuse of freedom of speech is increasing day-by-day and people are using it to blackmail the innocent ones. We should change our mindset towards our problems and tackle them in the most positive manner we can. Sometimes we restrict ourselves to our own world which itself is pointing towards losing our freedom. Here are some views of my friends about what should an ideal independence be.

Independence means getting rid of Casteism, racism, homophobia, stereotypes and gender equality. When women would be treated as goddesses and given respect (because you worship female gods too). When there would be no different rules for rich and poor. Everyone would be on same line regardless of their skin colour, caste, race or gender. That’s my definition of freedom. No-one judges any other person without knowing them properly. Most of the people judge other on the basis on their appearance and categorize them as wrong without even knowing them.

Actual Independence. Firstly, I want to tell you one thing that maybe Independence simply means freedom but freedom is a very short description of this term. May be very short meaning but on understanding purpose, we can’t explain because different people have different types of independence but I can present you some scenario like these:

For me actual independence is when every girl is free to do anything. There should be no restrictions for girls and should be given equal rights like a boy have. For e.g. My brother is allowed to roam anywhere any-time without telling my father but for me it’s not the same. After taking permission too, my father denies for roaming out after 10 and I have many more restrictions too. If my brother has a girl as a friend then it’s alright but if I have my friend as boy then why it’s a matter of concern? I also deserve equal rights. I just expect to be free as a bird. Like this year I went to a hackathon with Kaustubh and only I know how I convinced my parents to let me participate in that competition. Though they were convinced but they still sent my brother with me who waited for the competition to get over. I also want that our country should gain independence from plastic and garbage. Waste disposal is major issue in our country. It should be tackled in a proper way.

In my view, actual Independence is Independence of thoughts, ideas and abolishment of fear “what others will say or think”. It’s like being who you are then no matter what others think. Independently making our own decisions, deciding our own capabilities. But the truth is nowhere near to it in India. We say we our self-independent but no women in our country is Independent, or I should say safe between the monsters of our society, we actually are the monsters, we all need to stop and think, what are we heading to. Rape cases are increasing day by day, how is it an independent country when one gender is being suppressed, because someone will rape. Education system is also another monster as everybody is familiar of. Most of our decisions even are not made by us, we are just victims of what others have thought of us. We are fake, fake is our independence. We just pretend to be independent. Our thoughts and ideas are actually adulterated and many times just locked. We are in locks of the society. The biggest victim being women of our society, be it blackmails, rapes or torcher. We are monsters. We need to give a thought to our thoughts and on a personal level, try to become real and really independent, also helping each to be independent. Happy Independence Day, there is no end to talks, at last I just want to say that be mindful and concerned about society, care for the society and change it for better, starting the change from yourself!!

Not to be bound with anything in life is freedom,

Flying in the open sky like birds is freedom,

Flowing naturally like water in a river is freedom,

It’s not like you are making your own city,

Being in the limits of society,

Enjoy and make your life pretty;

Doing what comes to your head is being dumb,

Sometimes thinking over past actions makes you numb,

Being sensible and mature is freedom,

Now these are the top 5 responses but i also liked 2 more responses. So, i am including them in the set but they are not eligible for the competition:

Independence is in true sense exactly what the word suggests. Not to be dependent on anything. Freedom does not mean to do whatever you want even if it’s right or wrong. Freedom suggests that you should be able to do what your mind allows you to do. With freedom comes responsibility, and the person realizing this responsibility should actually be entitled with freedom. Are we free from all tantrums? absolutely not! In today’s world before taking any decision we have to think of infinite things even if the decision is right. So, freedom from these tantrums will come when the so-called society will stop judging every aspect of our life.

« Did You Call Your Father?
Eduassets: New Way of Learning »