The year 2020 is the most unpredictable thing that occurred in everyone’s life, or at least my life. The world was dumbstruck for a while and everything was stranded. During this time a lot of things took off the new journey: friends, family, social or personal life. I am confused about how should I reveal all the things or whether I should reveal them all! 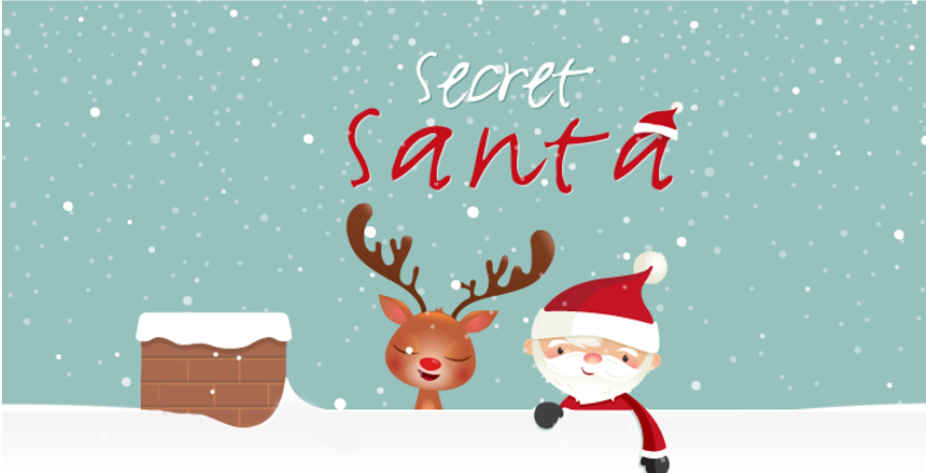 There were two friends, Totu and Ghotu. Let’s rewind to the time where Ghotu and Totu were doing nothing! It dates back to Jan 2020, and they were chilling as usual. Attending conferences, going to college fests and everything was going well for them. One fine day Ghotu decided that they should finally do something related to their field and insisted his friend Totu follow their friend Chotu’s strategies to start competitive programming. Both these friends started doing the same and continued till next month. It was the time that Totu joined proper coaching for this paradigm, and Ghotu was left alone with his wonders. He tried his best to cope with the team, yes team but it didn’t interest him at all. He always wanted to move differently and didn’t want to follow the old school strategy. From school time, he had the ambition to become an android developer, developed few apps but then his interest shifted towards Data Science. This was the time he decided to improve upon his dead knowledge. 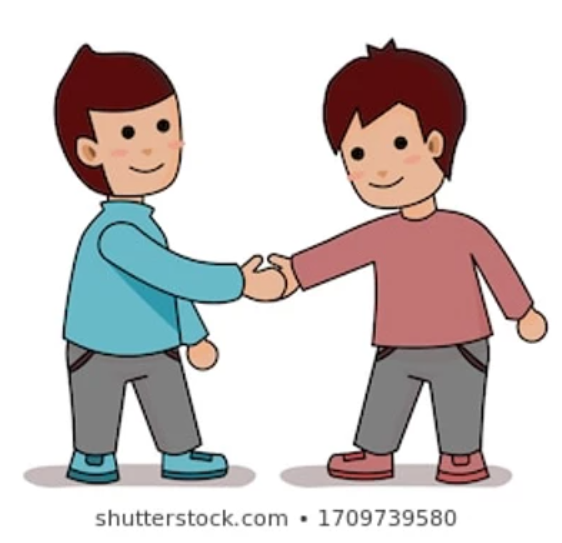 After deciding his fate, he thought of joining some big fat institutions, was about to join one, but suddenly got a chrome notification about the IIT-M course. He researched a lot and opted for that. While Totu found himself acquainted with his old gang, Ghotu had to make his own empire. He brushed up on the topics and was going at a pretty fast pace. It was the time when the covid was approaching the peak and a country-wide lockdown was declared. Like others, Ghotu was terrified and didn’t know what should be his next steps. After a week, he took the step and started the classes again with full enthusiasm, but he didn’t know that something more was planned for him. 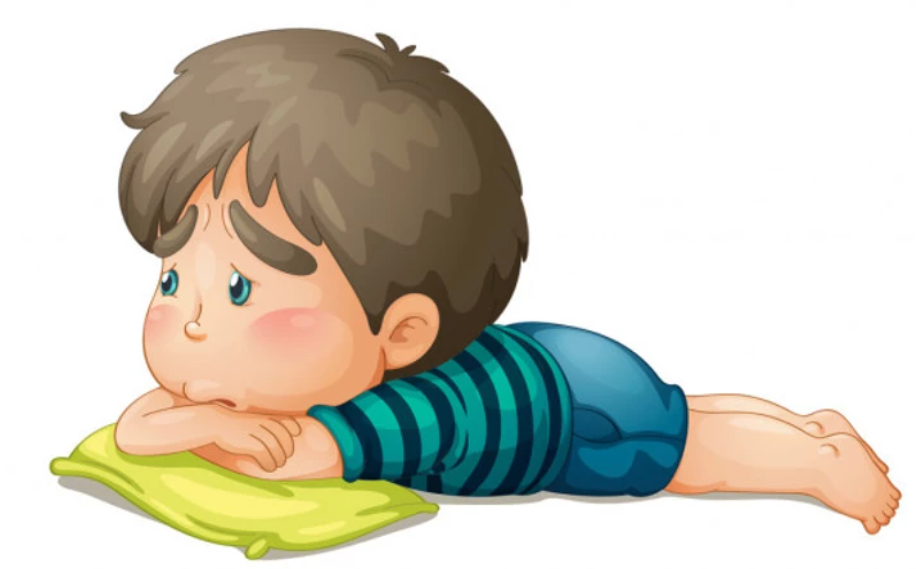 During one-fourth of his course, he was informed that the covid has hit hard and unfortunately the course is paused for an indefinite time. Hopeless and dejected, he was surfing LinkedIn and got to know an amazing opportunity “Summer Analytics Course” by CACSA- IIT Guwahati. He got administered and started his journey here. For the safe side, he registered for Coursera courses too, and now he was ready to kickoff. While he had no contact with any of his friends, he was enjoying this environment, but one incident shook him. He had to wish his old college friend, but negligence and giving up nature from the other side made him furious. One thing you need to understand about Ghotu is that he can’t tolerate nuisance and always want an open conversation about anything, but the other party was not mature enough to understand this, and Ghotu, to be focused on himself, left the party. This was the turning point in his life and now when he thinks of this incident, he happiest person. The party deserves no more spot in this story. 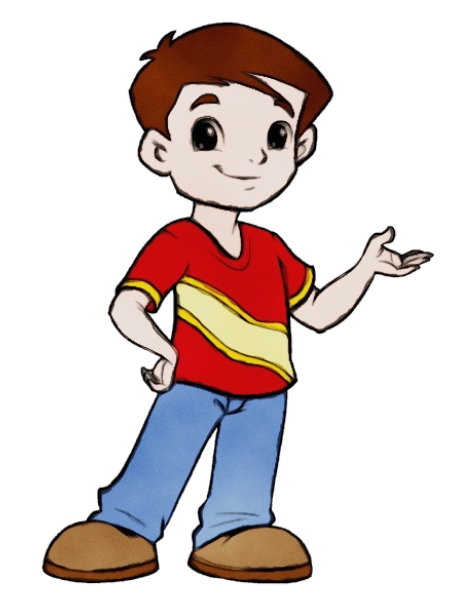 Continuing his story, he was managing all the three things nicely and eventually completed 2 of them. Now he had the confidence to face the outer world, but something was still bothering him. He had nothing to showcase his skills. He made a blogging website locally and applied for an internship, but the interviewer roasted him and advised him to prepare more before applying somewhere. This is how he got to develop the biggest project of his life starts here! He was wondering how should he manage things and got a doubt from an anonymous person regarding a concept and here the fate of Ghotu changed! He got the idea of the project, the data, and the tools but was nowhere close to developing it. He worked 11 hrs a day to achieve the target and finally the day came he released the very first version of his project. It was a result portal, with a lot of bugs, but it was presentable. With these projects, he thought that he can apply for other internships, but something happened that made him revisit his decisions. 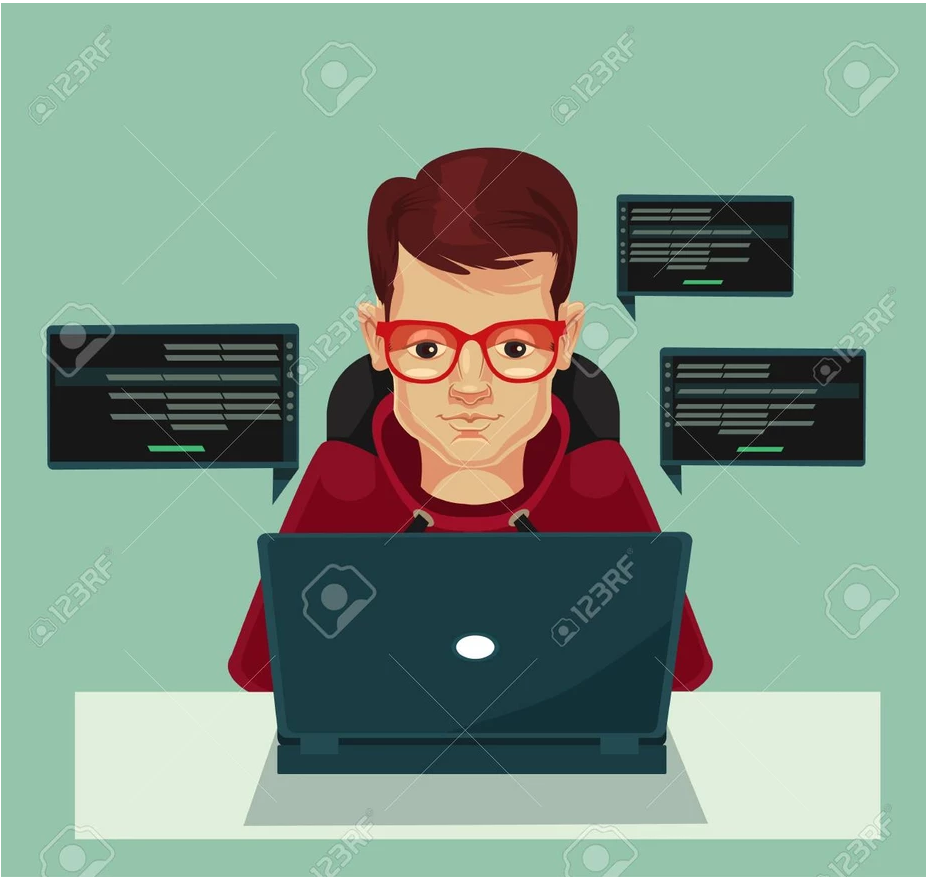 Ghotu received a text from an unknown person whose result was mismatched and all the calculations were wrong. Initially, he thought it was a minor error, but as deep-dived into the problem, he discovered a major bug in the program that could make a topper backbencher and vice versa. He got so much disheartened that he didn’t speak with the family for a while. He tried every inch to resolve the error, but every time failed. He had made a big commitment, and he was still stuck in the initial phase. Then he revisited the logic and after a week made, the impeccable algorithm that finally worked for all cases! This was the time he completed the project and finally achieved the desired results! But he was not satisfied with one platform and wanted to move to other platforms! 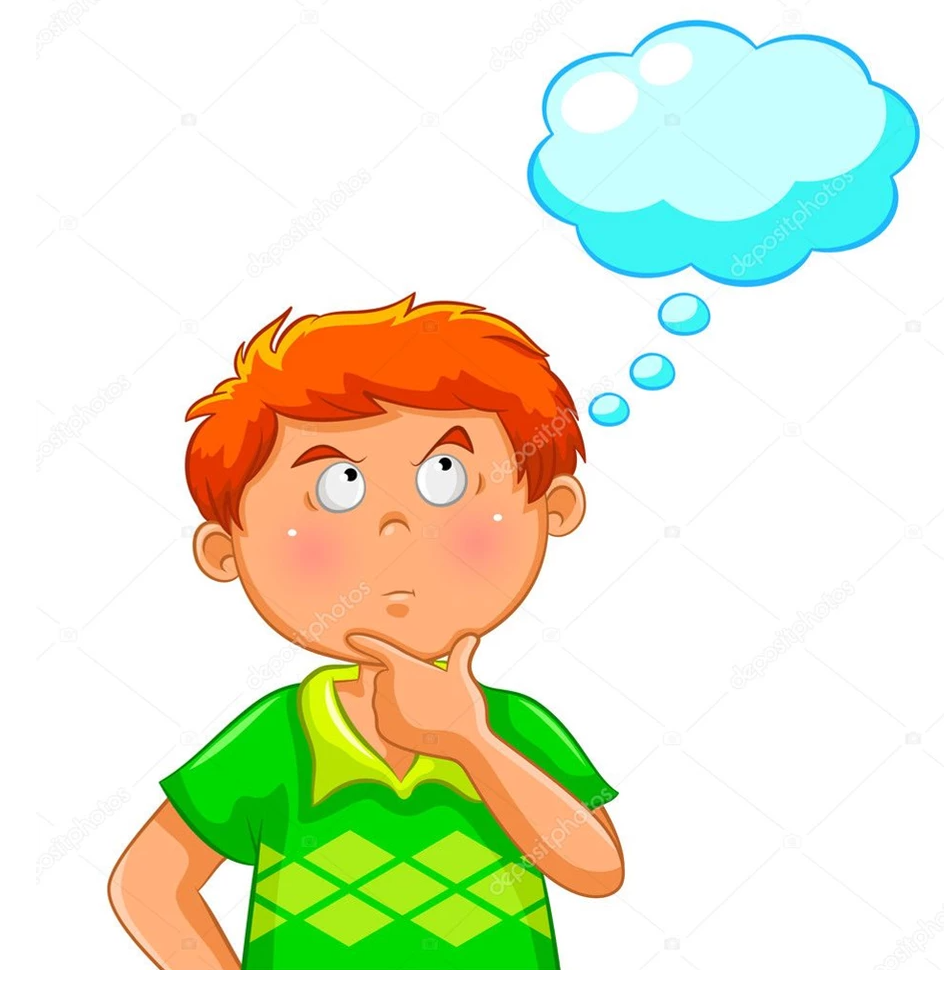 He made it available on the android app and telegram bot all with his favorite programming language. The android app was the most life-changing moment for him, and here came another turning point. He wrote all that he learned and published that in Medium’s Top Publications! Now it was the time for him to take part in competitions and he registered for one. This competition gave him his mentor. The competition was unfairly conducted, and he exposed the wrong practices there, but he was banned from the community. He got to interact with one mentor after the competition and took part in another open-source competition. He got to learn a lot from him and will be thankful. 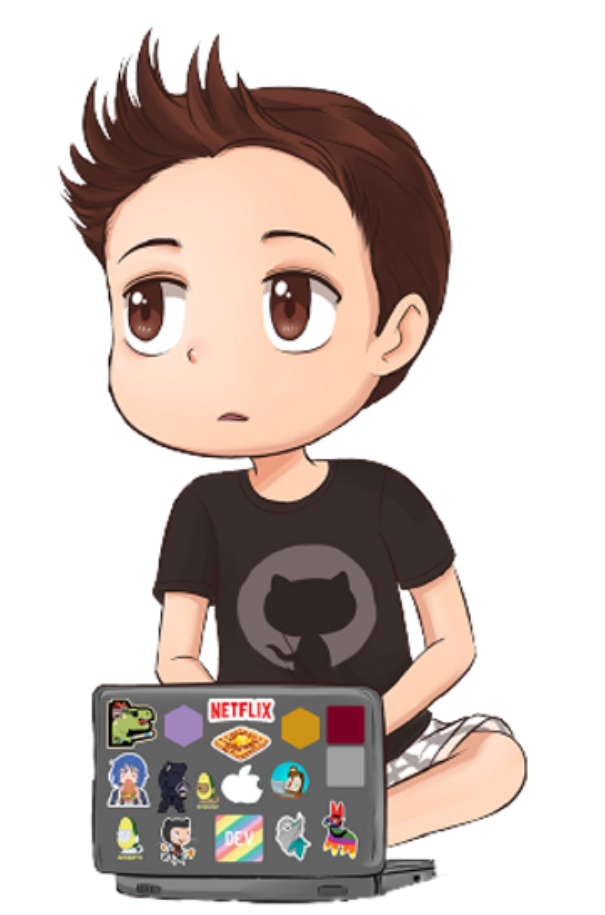 Ghotu got addicted to GitHub and coding. He couldn’t spend a day without opening his laptop! As he continued to build more and bigger projects, he was part of Google Developers Student Clubs (DSC) but he is not happy with the working of the club. His ideas are usually not adopted, the group has no enthusiasm, and he quotes that: “this is the reason that the previous year failed”. He is not taking much interest now, but he is not ignoring though. As he was writing more and more articles, he got an unexpected opportunity from the biggest machine learning company, upGrad. The representative contacted him on LinkedIn and he was admitted in! 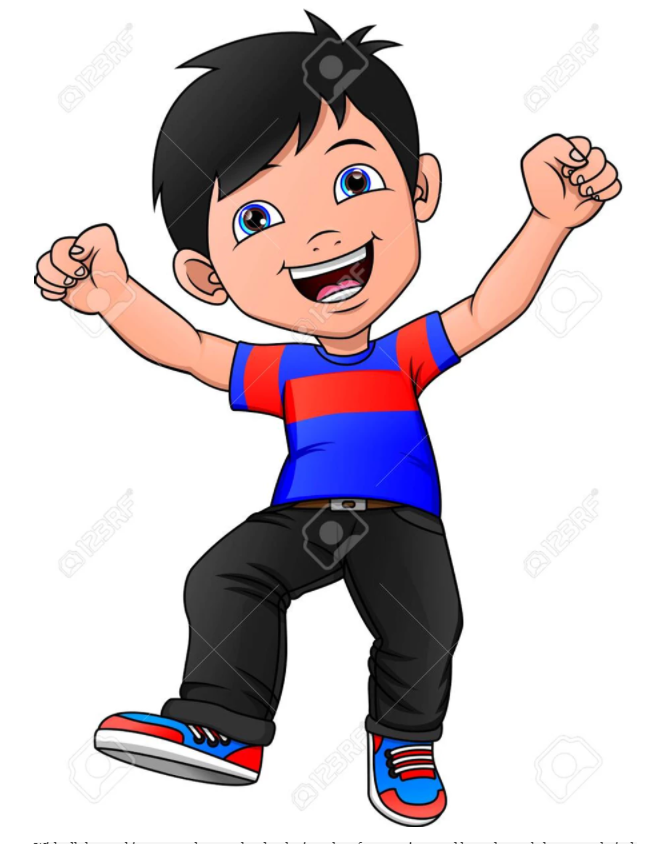 With all these achievements, he was also developing a lot of new projects and hosted a workshop on technical writing. This was a great thing for Ghotu to improve upon his public speaking skills, and he agreed on this very early. He worked hard to prepare the material and gave his best in explaining the topic. But is disappointed with the host, The host didn’t promote the event well, wasn’t shared well on social media, and the after post of the event is still missing. Ghotu is claiming these things based on other promotions he saw before his event and after his event. Though he doesn’t bother these things now, he felt a little cheated. He is also against favoritism on LinkedIn. Whenever he posts something good, his post is ignored but if someone posts the shittiest things, that post is promoted to the heights! He also did an internship during this time, but it was a scam, and doesn’t talk about this much. 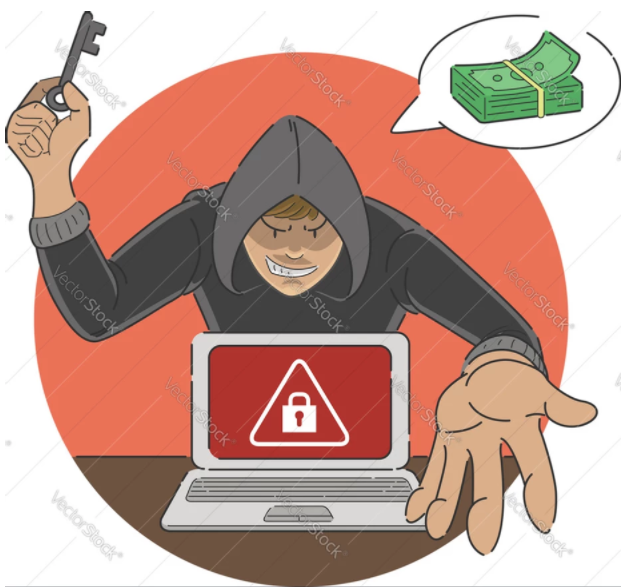 This is how Ghotu survived his year. There were few things more like the new phone story which he wanted to discuss but he not ready to reveal it all. He is planning great and big things for the next year. He is me. I am the Ghotu of the story if you haven’t guessed it till now! I wanted to try something new this time to take a rewind of the year. There many secret Santas this year. Could you guess all of them? Let me know in the comments and share your secret Santas too! 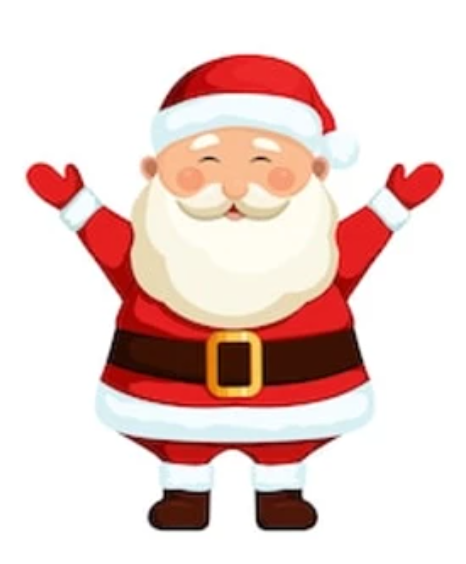 Happy Birthday to me which is on Christmas and happy new year 2021! May this year be as productive as this year, and I wish you all good luck. Let’s meet next year with another story-time.

Thanks for reading till the end!