GirlScript Summer of Code is the 3 month-long Open Source program conducted by GirlScript Foundation intending to help beginners get started with Open Source Development. Throughout the program, participants contribute to different projects under the guidance of mentors and project admins. Top contributors are rewarded goodies and future opportunities.

In 2020, I got to know about this program via LinkedIn but the program was already in running and no new applications were accepted. Then the organizers launched an extended program. Though I registered for the extended program, I knew that I won’t be accepted and the result was as expected, not accepted.

Then I got engaged in other open-source programs such as Hackincodes and Script Winter of Code which gave me enough confidence to directly apply as a Mentor in GSSOC!

As soon as the applications for mentors were out, I filled it in first hand only and waited for the results. Luckily, I was selected as a Mentor for this year’s GSSOC edition. 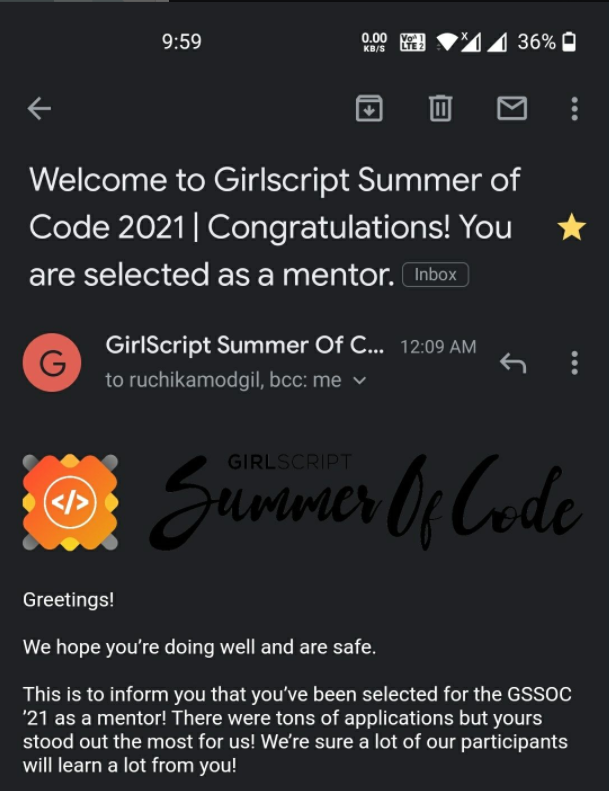 After the selection mail, we were supposed to select the project which we want to mentor for the rest of 3 months. I choose some of the known projects with new ones but none of them were assigned to me. Actually, no project was assigned to me and another mail was sent out to select projects for the remaining ones.

Here was the issue, my tech stack projects were already chosen and I was left with no projects. Then I contacted one of the program organizers, Ruchika Modgil, and explained the situation to her. She was kind enough to understand my point and assigned me the project which I had chosen in the first place, Amazing Python Scripts. 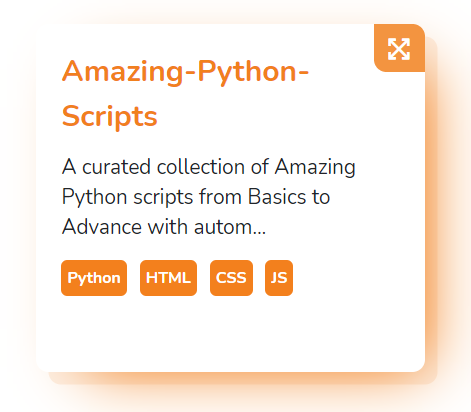 I had a prior experience with a similar project, Rotten-Scripts, and therefore, I didn’t have any difficulties understanding the code base and the style guide. To be honest, the issues and PRs were pretty messed up and it lacked proper management.

The first thing I did was cleaning up the old PRs and checking if the contributors are willing to fix the PRs. Those who aligned with the plan did the job and other PRs had to be closed. Next, for the issues, I had to scan all the opened issues and check if the associated PRs are merged successfully or require some improvements. This took a whole day just to organize the issues and PRs!

I started with the PR reviews and I had a tough time. These are my observations about how the participants performed and not to criticize the program overall:

Apart from these issues, there were many good things I observed:

Interestingly, I with Abdelrahman Walied created automation for the project which adds projects information from PR to JSON database. This database is pushed to the website branch too and that’s how the website is also updated as soon as new scripts are added. The website redesign was done by Ayush Jain.

Now let me share some of the stats about the project I mentored, Amazing Python Scripts: 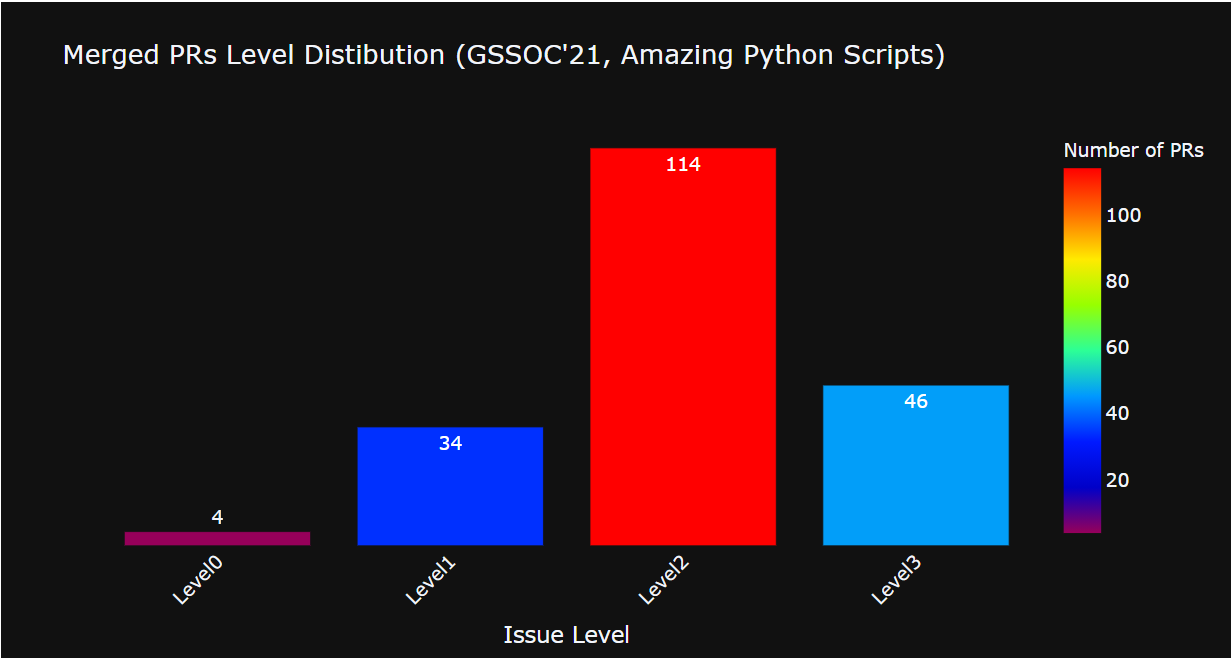 In the end, I would like to thank all the members of the Girl Script Foundation for starting such a good initiative. These programs surely help beginners to get started. It also helps mentors on how to handle quires from the participants, be calm in these situations, and provide feedback to the participants so that they can improve upon their skills. 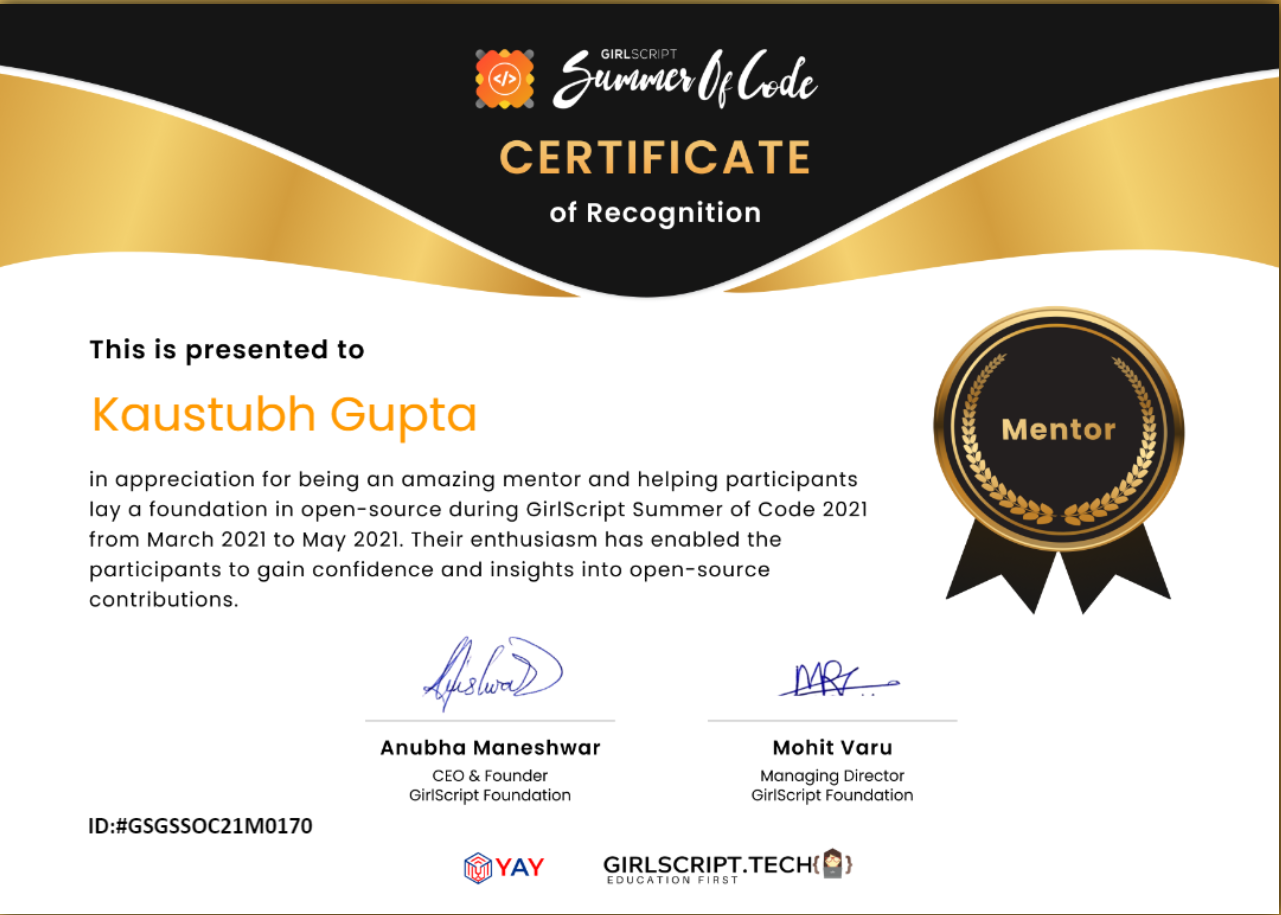 With this, we come to the end of this article. Make sure to give your responses in the poll below and comment down below on how was your experience with GSSOC!